10 Facts that IMMUNOCAL is the Most Important Supplement You Will Ever Take! 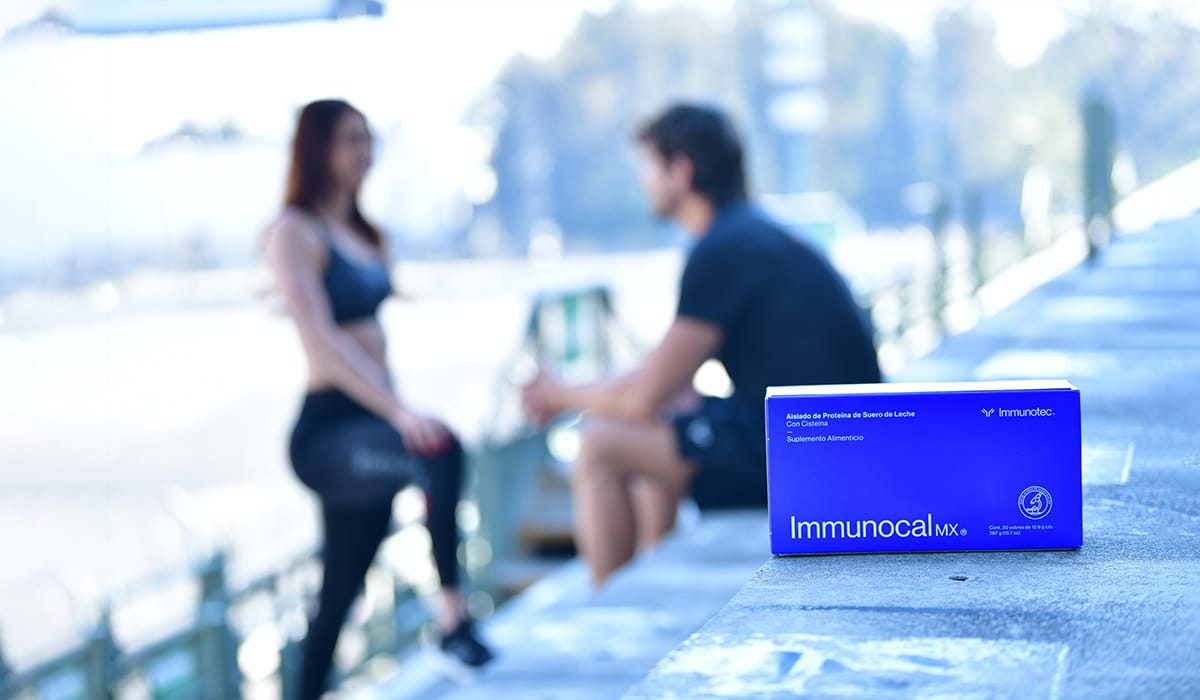 Drs. Gustavo Bounous and Patricia Kongshavn initiated research at McGill over 40 years ago. Immunotec scientists have published extensively since then and continue to publish today, all in an effort to bring you the best of true science.

2. IMMUNOCAL IS PROVEN IN HUMAN STUDIES TO RAISE GLUTATHIONE.

Glutathione is your body’s “Master Antioxidant.” Over 100,000 published medical and scientific articles describe it. Glutathione is the antioxidant that all other antioxidants need so as to function properly. Taking Immunocal is clinically proven IN HUMAN BEINGS to raise glutathione.

3. IMMUNOCAL IS PATENTED AND GLOBALLY RECOGNIZED.

In addition to official government issued patents in the USA and Canada, Immunocal has patents from at least 20 other countries. Many of these are “method of use” patents (what most pharmaceutical companies use).

4. IMMUNOCAL IS LISTED IN THE MOST TRUSTED AND UTILIZED MEDICAL PUBLICATIONS.

The Physicians’ Desk Reference (PDR) in the USA, and The Compendium of Pharmaceutical Specialties (CPS) in Canada, are official reference books that is in arm’s reach of virtually every doctor and pharmacist in North America, as it lists all the substances for doctors to prescribe.

5. IMMUNOCAL IS RECOGNIZED BY SOME OF THE WORLD’S MOST RESPECTED DOCTORS.

A small sampling would include Dr. Luc Montagnier, winner of the 2008 Nobel Prize in Medicine included an entire chapter on Immunocal in one of his books. Dr. James F. Balch, author of the hugely popular “Prescription for Nutritional Healing” states that “It’s my opinion that everyone should be taking Immunocal. Today, there’s no better way to boost your immune system.” Dr. Wulf Dröge, one of the world’s leading expert on immunology and aging, stated “Many studies support the conclusion that Immunocal is effective in maintaining a strong immune system. People are well advised to consume Immunocal regularly.”

Immunocal’s research, although originally done in the lab and on animals, has for years been studied in Human Clinical Trials. Studies has been successfully conducted on the infirm, the elderly, athletes, healthy adults and even children. More importantly, Immunocal has been subjected to INDEPENDENT verification and review by government agencies and medical professionals who are experts in their field.

7. IMMUNOCAL HAS BEEN RESEARCHED IN SOME OF THE TOP INSTITUTIONS IN THE WORLD.

McGill University, Harvard, Dalhousie, University of Denver, Nova Southern University, the list goes on. Immunocal research efforts have received funds from major sources such as the NIH, NRC, CRC and others.

8. IMMUNOCAL HAS A TRACK RECORD OF SAFETY SINCE ITS MARKET INTRODUCTION IN 1997.

Hundreds of thousands of customers have safely taken and trusted Immunocal.

9. MANY ELITE PROFESSIONAL AND AMATEUR ATHLETES IN THE WORLD COUNT ON IMMUNOCAL TO KEEP THEM AS HEALTHY AS POSSIBLE.

These include athletes on the Olympic National teams of the U.S., Canada, Mexico, and Great Briton, professional athletes from the NFL®, NHL®, NBA®, world class skiers and mountain climbers, and of course all levels of amateur athletes.

They will tell you what the benefits of taking Immunocal have been for them. Hint: There’s a reason more than 9 million sachets of Immunocal are consumed every month!

In case you missed it! Here is our last post

PrevPreviousFollow The Exploits of Our Immunocal Athletes!
NextWIN “THE GAME” OF EVENTSNext

6 Comments on “10 Facts that IMMUNOCAL is the Most Important Supplement You Will Ever Take!”

Hi, I stared using Immunocal for couple of weeks now and I am wondering how long this can be taken. I am taking more supplements for menopause also. I noticed that my hot flashes have reduced. Can you please let me know how long do I take this product?
Thank you very much!

Daniella, I guess that depends how long you want to feel healthy! I have taken it for more than a decade, and even though I officially have a compromised immune system, I have not had colds or flu for years. Because it enhances your immune system, Immunocal helps your body do what it needs to do for you to be healthier.

Immunocal works in so many ways. It’s not simply a feel-good product. It’s much more. It’s an immune-enhancing product. When you see the research and understand how it works you will see how valuable it is. Don’t stop taking it because you don’t feel different. Your body may be using it in areas you didn’t even know you had an issue. I’ve been taking it since 2008 and have no plans of stopping.

So thankful for this product and it’s amazing founders,
Lois Biel 🥰

Love our Immunocal have been using Immunocal for more than 25 years.
We received our first Immunocal Jan 1997.it has been Life Changing +

I have worked in the biotech/pharma industry for over 40 years, and know the ins and outs of drug development and what your typical doctor is prescribing. What has impressed me about Immunocal is that it is a natural product, has multiple gold standard (randomized double blind, placebo controlled) human clinical trials backing it up, is in the PDR (Physicians Desk Reference) and has over 100,000 studies (go to pubmed.com and put ‘Immunocal’ in the search bar) in major medical centers around the world. My family, dogs and cats all take this product and we’re glad we do! Any questions please call. 🙂 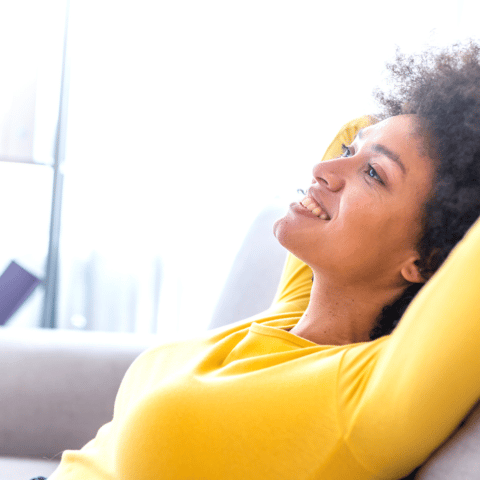 Meet K-21+: A Healthy Response to Stress is Needed

Nourish your body and strengthen your immune system with a daily dose of Knutric+, an exceptional mix of phytonutrients containing Rhodiola, widely known for its powerful adaptogens. 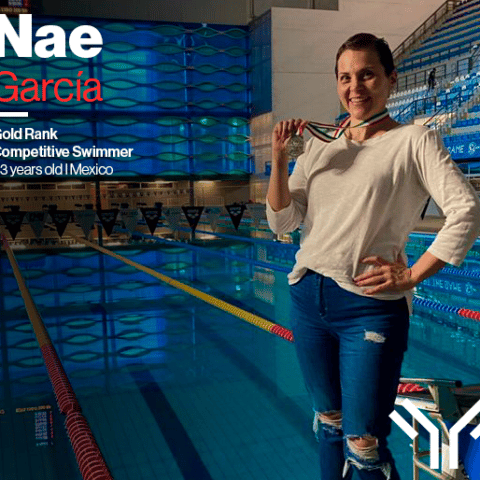 It’s February 2022. Nae Garcia is checking out Immunotec’s next 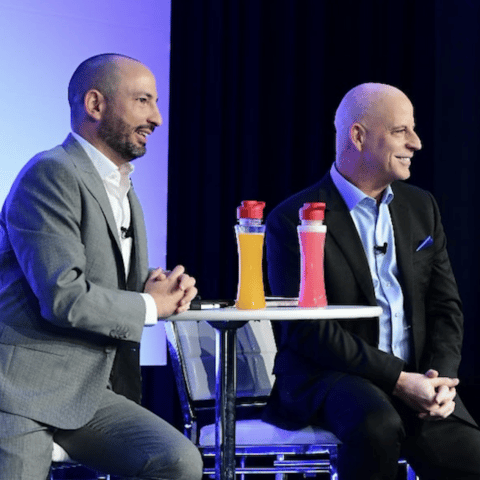 7 Tips to Boost Your Entrepreneurial Energy

You’re not alone in your journey to becoming a successful entrepreneur.